Mix it up: KPLU music director invents 'The Choppertone'

Imagine inventing something that enhanced a hobby that you were passionate about. That's what happened to KPLU music director Nick Francis.

He invented a musical mixing device called The Choppertone. He built it from a MIDI controller kit. And with it, he's able to mix different bits of audio together, to create a whole new sound or remix an old song.

It's the size of a portable keyboard. With the audio pieces selected by Nick stored in the Choppertone's software, he can take this device with him to a coffee shop or other venue and perform a live remix of a song.

One of the first songs Nick tinkered with on his new invention was Fats Waller's "Honeysuckle Rose."

He added some new elements, including a back beat from Steely Dan's "Bodhisattva," and combined four different versions of "Honeysuckle Rose" - from Pearl Django, Fats Waller, Benny Carter and Thelonious Monk. Watch Nick create the song live in real-time:

For his next mixing adventure, Nick added different elements built around the bass line of John Coltrane's "A Love Supreme, Part 1: Acknowledgement."

On this video, you can see and hear the results:

Listen to the full remix/mashups:

Nick and his creation have also been creating buzz in the electronic music world. Here is some of the additional Choppertone coverage from around the industry:

Kirsten Kendrick
Kirsten Kendrick has been hosting Morning Edition on KNKX/KPLU since 2006. She has worked in news radio for more than 30 years. Kirsten is also a sports lover. She handles most sports coverage at the station, including helping produce a two-part series on the 50th anniversary of Title IX and the ongoing series "Going Deep."
See stories by Kirsten Kendrick 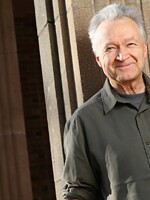