When I travel with my family — as I did this month to London — we dine out a lot, but never make restaurant reservations ahead of our trip. Instead, we try our best to act like the locals: making ourselves at home in our (rented) apartment, checking out casual neighborhood joints, and honing in on the ones that suit our tastes.

As I told Dick Stein, our nearly two-week trip started well, with great meals on either end and a few swell ones in between, but our plans for a fabulous time were foiled when we received the gift-that-keeps-on-giving: a nasty flu secured when we spent nine hours on a Boeing 777 with 400 of our closest friends. That nasty business left first me, then Mac, flat on our backs in our flat and dependent on local “take-away” — like this wonton soup that (along with some Beecham’s Cold & Flu) helped nurse me back to health.

Son Nate just rolled his eyes at our infirmities and as soon as I rallied, we left dad behind with some proper British tea and biscuits, grabbed our Oyster cards (yep: that’s what they call their public transport passes) and jumped on the Tube, headed first to Brick Lane, where we ate Syrian food and window-shopped.

Then to the British Library and nearby Roti King — a skinny little Malaysian restaurant famous for its eponymous flatbread.

Culinarily, London proved to be a cultural cornucopia. Lucky for us, because that’s the way we like to eat. We had Spanish tapas and Turkish manti, wood-fired pizza and Sichuan “mouth-watering chicken.” Twice, we ate at Gezana, a tiny Ethiopian/Eritrean café where the injera was homemade and the owner, who also was our cook and waitress, served us the kind of food we might eat had she invited us into her home.

That said, I won’t soon forget the Camembert-style Tunworth cheese from Hampshire eaten at the lovely La Fromagerie in Bloomsbury, and the salty West Mersea oysters sampled at a hotel restaurant in Oxford. Or the exceptional fish and chips with (not so) “mushy” peas that tided me over at Heathrow for the trip home.

I’m only sorry we didn’t have time to stop, once again, at Wang’s Taiwan Beef Noodle House on Granville Street in Vancouver, where we fortified ourselves before our trip to London. The good news? Wang’s is only two and a half hours north — by car.

"Airline travel is nature's way of making you look like your passport photo." – Al Gore 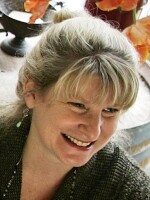