The Young Lions brought bebop and swing roaring back

In the 1990s, hard bop, classic and retro-swing had a resurgence. During this "what’s-old-is-new-again" era, those jazz styles took on their own flavor, going in new directions from earlier forms.

As the 1970s came to a close, the conversation around the future of jazz was contentious. Miles had gone electric; Herbie was embracing early hip-hop, fusion was rockin’ and jazz was heading in directions away from tradition.

In the ’80s, a group of young, talented musicians signaled a return to the foundations of jazz, playing bebop and music from the Great American Songbook. Returning to classic swing in some cases, and even melding swing with modern styles to invigorate dance forms from the big band era.

Starting with the revival of bebop, there were a group of artists that came to be known as The Young Lions - heralded as the “saviors” of “classic” jazz.

The music was coined as neo-bop, post-bop and even neoclassical jazz. The essential aspects of the music were rooted in the early parts of jazz language.

The Young Lions had a traditionalist as a figurehead in trumpeter Wynton Marsalis, a product of New Orleans. Marsalis was steeped in traditional jazz and a member of Art Blakey’s Jazz Messengers. Others, like Christian McBride, Donald Harrison, and Kenny Garrett led successful groups, paved the way and passed the baton to artists including Roy Hargrove, Benny Green and Joshua Redman.

The swing revival in the '90s, also called retro swing and neo-swing, was a renewed interest in swing music, and rooted in the big band swing era of the 1930s and ‘40s.

The “Jazz in America” glossary defines swing as, "when an individual player or ensemble performs in such a rhythmically coordinated way as to command a visceral response from the listener, to cause feet to tap and heads to nod; an irresistible gravitational buoyancy that defies mere verbal definition."

But in retro swing or neo-swing, it was also influenced by rockabilly, boogie-woogie, and jump blues of artists like Louis Prima, and the theatrics of Cab Calloway. Many neo-swing bands blended these elements with rock, punk, ska and alternative rock.

The roots of the swing revival are generally traced back to 1989, which saw the formation of several of the scene's most prominent figures: Big Bad Voodoo Daddy playing traditionally-styled jump blues and rockabilly; San Francisco's Lavay Smith & Her Red Hot Skillet Lickers, showcasing jazz and blues influences; and Eugene, Oregon’s Cherry Poppin' Daddies, incorporating elements of punk rock and ska into swing.

Their cover of Louis Prima's 1956 song "Jump, Jive an' Wail" became the highest-charting single of the swing revival, winning a Grammy Award for Best Pop Performance by a Duo or Group with Vocal in 1992.

All of the neo-swing genres are connected with a revival of swing dances, such as the Lindy Hop.

The 90’s set the stage for the 2000s, which have further fragmented and grown the universe of jazz that continues to be a melting pot for new musical influences. 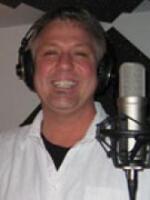 Michael Stein
Michael Stein is a long-time member of the KNKX family, and counts Chet Baker as his favorite Jazz artist ever. He's a narrator for the radio series "Birdnote," and can be heard on Jazz24.org.
See stories by Michael Stein
Latest From NPR News
Related Content