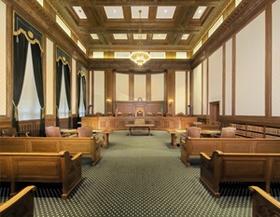 Attorneys General from 21 U.S. states, including those in Oregon and Washington, filed briefs this week urging a federal appeals court to uphold the Indian Child Welfare Act.

The 1978 Indian Child Welfare Act, or ICWA, aims to keep Native American children with their Native family members during adoption proceedings and in cases of neglect or abuse.

The law was challenged in 2017. Last fall a U.S. district court judge in Texas struck down ICWA, calling it unconstitutional, because it discriminated against non-Native Americans.

The controversial decision has since been appealed by defendants, including the federal government and Washington’s Quinault Nation.

The attorneys general join 120 federally recognized tribes to ask the Fifth Circuit Court of Appeals to reverse the lower court judge’s decision. If the appeal is not granted, the case is likely to go to the U.S. Supreme Court.