The USS Nimitz is coming to Everett

When the Everett-based aircraft carrier USS Abraham Lincoln leaves the city in fiscal year 2012, it'll be replaced by another carrier, the USS Nimitz.  Senator Patty Murray (D-WA) has been urging the Navy to assign another carrier to Naval Station Everett and made the announcement today after receiving the news from Secretary of the Navy Ray Mabus.

Murray hailed the decision as a great move for both the city of Everett and the Navy:

“I have been working closely with the Navy to make sure they understand the advantages of stationing a new carrier in this community. Naval Station Everett has been a great home for the USS Abraham Lincoln, and I know the USS Nimitz is going to receive a warm welcome. ”

Everett has been the Lincoln's home port since 1997.  It's scheduled to leave for Norfolk, Virginia next year, where it will undergo refueling of its nuclear reactors, a process expected to take three years.

The upcoming move will be a return to familiar surroundings for the Nimitz.  It was based at Bremerton from 1987 to 1997.  It's been at San Diego since 2001, and arrived today in Bremerton for a year of maintenance work at Puget Sound Naval Shipyard. 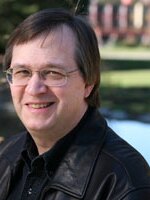 Dave Meyer
Dave Meyer has been anchoring KNKX news shows since 1987. He grew up along the shores of Hood Canal near Belfair and graduated from Washington State University with degrees in communications and psychology. Dave’s first job out of college was at WMRE in Boston, where he was mentored by legendary jazz and news radio host Norm Nathan.
See stories by Dave Meyer
Latest From NPR News