The beginning of fusion: Miles Davis drew on soul, funk and rock

In 1969, Miles Davis pioneered the sound of jazz fusion, creating a ripple effect as members of his band went on to form their own iconic side groups. Steve Edwards captures the moment that defined the sound, instruments and key figures of jazz fusion.

Jazz fusion is a genre that developed in the late 1960s when jazz harmony and improvisation was combined with funk, rock and R&B, featuring the electric guitars, amps and keyboards that were in popular music.

As in other eras of jazz - Miles Davis pioneered.

In 1969, Miles put out two albums that marked the beginning of fusion, "In a Silent Way" and more importantly "Bitches Brew," on which, perhaps its most important innovation was rhythmic - with two bassists, two-to-three electric piano players, two drummers plus percussion who all drew on soul, rock and the electric guitar influence of Jimmy Hendrix.

Although "Bitches Brew" gave him a gold record, the electric instruments and rock beats, created consternation among jazz critics. In the first year, "Bitches Brew" sold 400,000 copies—four times the average for a Miles album.

From that pivotal album – the sidemen went on to form their own iconic fusion groups.

The Mahavishnu Orchestra featured McLaughlin’s playing, distinguished by fast solos and non-western musical scales, and included other key figures with keyboardist Jan Hammer and violinist Jean Luc Ponty among other players of the day.

Return to Forever’s final and bestselling album, "Romantic Warrior" was hailed by critics for the technically demanding style of its compositions and for the accomplished musicianship.

Two more former members of Miles Davis’ band, keyboardist Joe Zawinul and saxophonist Wayne Shorter, went on to form Weather Report in 1970. This "supergroup” defined the state of jazz-rock for its 16-year run.

Their best-selling album, "Heavy Weather," served up the hit "Birdland."

Keyboardist Herbie Hancock had pushed boundaries on his own albums, and within Miles Davis' bands, including his work on "In A Silent Way." With his group Headhunters, he devoted himself to the groove.

Jazz purists denounced the experiments at the time, but "Headhunters" still sounds fresh and vital decades after its release, and proved vastly influential on not only jazz, but also in funk, soul, and hip-hop. The song “Chameleon” features Paul Jackson’s indelible bassline.

These iconic musicians and seminal albums in the world of jazz fusion paved the way for a whole new generation of contemporary bands that have emerged on the scene since, including The Pat Metheny Group, Yellowjackets, Steps Ahead, and beyond. 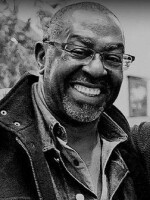 Steve Edwards
Originally from England, Steve has deep roots in jazz and soul and started on-air hosting at BBC (Radio1) JazzFM in London before moving to the US. His work on-air as a host and producer at KOAS and public radio jazz station KUNV earned him induction into the Nevada Broadcasters Association Hall of Fame.
See stories by Steve Edwards
Latest From NPR News
Related Content