By entering UW later, transfer students discover camaraderie, competition and their own path

Each year, the University of Washington accepts thousands of transfer students, spread across its three campuses in Seattle, Tacoma and Bothell. Many previously studied at community colleges, in Washington and beyond.

These students didn't follow the well-known route to university that starts in high school. Most choose to pursue their education in a different way, joining college at a later stage into their educational journey.

According to Sylvie Shiosaki, a transfer counselor at UW, one major reason for choosing to study at community college is to build financial stability before pursuing a four-year degree.

Shiosaki said transfer students are more likely to be first generation college students, and are seeking the social and economic mobility a degree can provide.

In 2020, the UW accepted around 3,000 transfer students from community colleges. About 1,500 were admitted to UW Seattle, and 83.6% were Washington residents.

The difference of a large university experience

Edward Kim is currently a senior studying geography and data science at UW.

He went to the University of Rochester after graduating from high school, but Kim was doubtful of his major and unsure of whether he wanted to continue on that path. After the pandemic hit, he decided to enroll into Edmonds College, a public community college north of Seattle.

“I wasn’t too sure about my future, and whether I wanted to go back to Rochester,” said Kim. “I kind of wanted to take my time jumping straight into a four-year university.”

After attending Edmonds College for three quarters, Kim decided to transfer in his junior year. At Edmonds College, Kim’s classes were all asynchronous. He said that he hardly got to interact with his professors and other students.

“The courses were pretty easy to navigate, you just had to do everything at your time, and submit assignments by a certain date,” said Kim.

He recalled the transition to UW being slightly difficult. Kim said he found the level of competition to be different, and felt that he had to keep up with his other classmates at university.

“Everything felt like it was on a bigger scale, once I got to UW,” said Kim. He said the biggest adjustment was from a social aspect. Kim had to find his place at the university, and learn to reach out to other students.

A year after his transfer, Kim said that he has finally settled down. He reconnected with people from his high school and enjoys the level of ambition amongst students at UW. He said that motivates him to succeed in his classes.

“It’s a matter of a fact that you aren’t going to be able to relate to some exclusive freshman year experiences,” said Kim. “But it’s more about giving yourself time, and then get to that point eventually.”

A year later, she was hired by a nonprofit organization called Los Angeles Dream Center, and worked as a supervisor at the Women’s Dream Center Discipleship, an on-campus recovery program for women. A year after high school and her project, Collins decided to attend Pierce College online from Los Angeles.

“I really wanted to stay at the organization in LA, and I knew I wanted to go to university,” said Collins. “It was just a lot cheaper to start community college.”

Collins spent a large portion of her time at community college online, which left her with a rather unorganized load of assignments and exams. Her decision surprised her family, who have supported her throughout this process, in every way possible.

“I wanted to do both, and I was able to get all prerequisite courses done for my major, right off the bat, online,” said Collins. “It was very individual based.”

Collins joined UW this fall to study Business Administration, and enjoys the experience of attending in-person classes. For her, the transition has been fairly easy. She finds the level of competition exciting.

“I think it’s probably harder being a transfer student to a certain extent,” said Collins. “Just because everyone my age has already found their rhythm.”

Although she has faced challenges transferring from a community college, Collins feels like she made the right decision.

“I’m grateful for the opportunity I had, and I have learnt things that I may not have been able to if I had joined college right after high school,” said Collins.

Transfer students on the decline since 2020

Over the last years, however, the admission rate for transfer students declined nationally.

In 2022, UW received a considerably lower number of transfer students, with a decline from 1,266 students in 2021 to a current number of 1,135 students admitted to the Seattle campus. Since 2020, this is the second year in a row where the UW has seen a slight decrease in transfer admissions.

However, Shiosaki, the transfer counselor, said the university is constantly trying to build a strong community for incoming and existing transfer students to connect.

“I believe that UW has strong infrastructure and support for these students,” said Shiosaki. “Spaces like the Commuter Transfer Commons and transfer student ambassadors in some majors demonstrate this.”

'There is nothing I truly regret in this process'

Ben Fetters transferred into UW in his sophomore year, after attending Eastern Washington University for about a year.

Fetters is a junior studying aeronautics and astronautics at UW. After his high school graduation, he decided to attend Eastern Washington in an attempt to save as much money as possible.

“Unlike other colleges during the pandemic, Eastern Washington did ask us to come to classes in person,” said Fetters. “But the lectures were recorded, so I didn’t go that much.”

Fetters said he found it difficult to motivate himself. When he transferred to UW, he realized the workload was much higher. However, his transition into the university has been straightforward, as he finds the community very engaging.

“Going into a much larger university, it was odd seeing such a large group of people in class,” said Fetters. “I did find out that I had missed out on a few freshman year things like living in the dorms.”

Now, Fetters never misses an opportunity to engage in research programs within his department. He particularly enjoys spending time at the Rocket Club, and finds the scale of projects to be extremely fascinating.

“I would’ve preferred to start university as a freshman, but I feel like there is nothing I truly regret in this process,” said Fetters. “I am pretty content with my decision.” 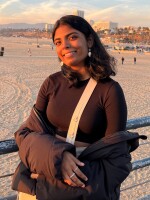 Soumya Gupta
Soumya Gupta is a junior at the University of Washington, studying Journalism and International Studies. Born and raised in Bangalore, India, she spends most of her time writing and doing classical dance. She aspires to become a journalist and reporter, and write about culture and representation
See stories by Soumya Gupta