The Seattle Public Library digitized approximately 800 new images this year, more than doubling the size of its historical Northwest Photograph Collection. Completed over nine months, the project was funded by a grant from the Washington State Library and Institute of Museum and Library Services.

The new additions to Seattle Public Library’s Northwest collection include photographs—many on postcards—from the coast of Oregon up to Alaska. A significant number were taken in Washington state between 1900 and 1950.

A selection of the recently digitized photos reflects the long history of regional issues covered by KNKX Public Radio and its contributors, including recent coverage.

KNKX’s Forgotten Prison podcast tells the history of this largely forgotten place and stories of the inmates, guards and children who grew up on the island. The image above is part of a set of photos documenting life on McNeil Island in the first half of the 20th century.

The prison on McNeil Island opened in 1875 and closed in 2011. Washington state’s Special Commitment Center continues to operate on the island and confines sex offenders who have served prison time but have been deemed by the courts to be too dangerous to re-enter society.

Fishing continues to be essential to the Makah Tribal Nation’s culture and economy. When the COVID-19 pandemic hit, the tribe's fishing industry shut down for six months as safety protocols were developed. The tribe also closed its reservation—located on the northwestern-most tip of Washington state—to outsiders for two years.

The Makah Tribal Nation is seeking to restore their whale hunting tradition, a core part of traditional Makah culture and a right included in its 1855 treaty with the U.S. government. The tribe voluntarily halted the practice in the 1930s when commercial whaling brought Pacific gray whales to the brink of extinction. When the population rebounded in the 1990s, the Makah sought to revive the tradition and conducted a whale hunt in 1999.

Now, the Makah tribe is awaiting NOAA Fisheries’ decision on its application to resume the hunt with a waiver to Marine Mammal Protection Act. In July, the agency released a new preferred alternative for the seasons and number of whales the tribe would be allowed to hunt. A final decision is expected by the end of June 2023.

The Green River Gorge, near the city of Black Diamond, is a state park conservation area. A Duwamish River tributary in southern King County, the Green River provides a natural habitat for five species of salmon, including the endangered Chinook. Stretching 93 miles, it has been diverted over the years for agricultural, industrial and flood control purposes.

Downstream from the gorge, near the city of Auburn, King County officials and Muckleshoot Tribe members gathered in April to celebrate the restoration of natural habitat on the Green River after removing a major levee. The project is a model for at least three more levee removals along the river.

The Hyak steamship operated on Puget Sound during the Mosquito Fleet era, providing transportation between Seattle and communities on Bainbridge Island and the Kitsap Peninsula. The vessel was abandoned in 1941 and a replica of its pilothouse is on display in Poulsbo, Wash.

Two vessels from the Mosquito Fleet era still exist: the steamship Virginia V moored on Lake Union and the Kitsap Transit-owned Carlisle II. Both underwent major renovations in the past two years.

Water transportation is once again expanding in the region. Kitsap Transit substantially developed its passenger ferry services since voters approved funding in 2016. The city of Des Moines will launch a two month long passenger ferry pilot in August that will make four trips to Seattle a day, Wednesday through Sunday. And a recent Washington State Ferry crash highlighted the importance of the state ferry system for Vashon Island and nearby communities.

Construction on the Grand Coulee Dam began in 1933 and it was completed in 1941, three years before this photo was taken. It was built without fish passages, and is part of a network of hydropower dams that have blocked salmon from the Upper Columbia Basin for more than 100 years. Starting this month, $3 million from the state of Washington will go to the Upper Columbia United Tribes to study reintroducing salmon.

Operational from 1943 until 1987, the Hanford Site produced plutonium for U.S. nuclear weapons. Located outside of Richland, Wash. along the Columbia River the site is part of the Yakama Nation’s traditional homelands. At its peak, 51,000 employees worked at the government facility, with many unaware of the site’s purpose.

Clean up of the site began in 1989 and continues today. The aging infrastructure and threat of radioactive and hazardous waste prompted Washington Gov. Jay Inslee to call for more federal funds to support cleanup efforts. It is estimated that clean up could take 42 to 156 years, if it is completed at all.

In 1946, the first Lummi Stommish Water Festival was held to celebrate Lummi World War II veterans. Held on the Lummi reservation near Bellingham, activities included canoe races, salmon bakes, dancing and the selection of a festival princess, according to the Seattle Public Library. These images are part of a set of photos from the 1949 festival.

The Lummi Nation is using legal and cultural means to advocate for salmon and their habitat. Five years after a net pen collapse released hundreds of thousands of Atlantic salmon into Puget Sound, Lummi Nation won monetary damages in a lawsuit that also sought compensation for cultural losses.

Earlier this year, the Lummi Nation’s House of Tears Carvers organized a totem journey as part of a multi-decade effort calling for the removal of the Lower Snake River dams. The main totem carved for the tour depicts a 16-foot killer whale carrying a baby on her snout and is inspired by the true story of Tahlequah, an endangered southern resident orca who miscarried in 2018.

Recent reports found removing the dams may be necessary to help salmon but replacing the electric and commercial benefits would cost billions. 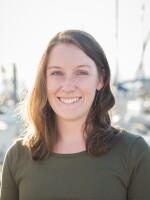