Four Gonzaga men’s basketball players are now headed to the National Basketball Association. All were picked in last night’s NBA draft.Jalen Suggs was the fifth pick. He’ll play for the Orlando Magic. The 6'4" freshman from West St. Paul, Minnesota will leave Gonzaga after playing one season. The highlight of his season came when he hit a half-court shot at the buzzer to beat UCLA in the national semifinal game. That sent Gonzaga to the national championship game for the second time in five years. Suggs was named to several All-American teams.

Corey Kispert, a 6'7" senior from Edmonds, Washington, was the 15th pick to the Washington Wizards, where he’ll play with former Gonzaga teammate Rui Hachimura. Kispert was named a first-team All-American by several outlets, including the Associated Press. He was also named the West Coast Conference Player of the Year and given the Julius Erving Award as the nation's best collegiate small forward.

Filip Petrusev, a 6'11" Serbian who left Gonzaga before last season to play professionally in his home country, was picked in the second round, 50th overall, by the Philadelphia 76ers.

A fourth player who some believed might be chosen, Joel Ayayi, was not drafted. CBS Sports reports he has signed a free agent contract with the Los Angeles Lakers. Ayayi is 6'5" and comes from Bordeaux, France. He left Gonzaga with a year of eligibility.

All but Petrusev were part of the Gonzaga team that went to the NCAA championship game last season, losing to Baylor. 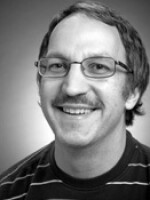 Doug Nadvornick
KPLU's and N3's Coeur d'Alene-based reporter, has been covering North Idaho and Eastern Washington for us since July, 2008. Before that, he worked in commercial radio, weekly newspapers, and served as Spokane Public Radio's news director for about 17 years. He lives in Spokane and is a graduate of Washington State University. Doug's memorable moment in public radio: "Going into the mountains with a hydrologist who was collecting snow samples. That made for one of the best 'sound' stories I've ever produced."
See stories by Doug Nadvornick
Latest From NPR News