Charnett Moffett was a renowned bassist who came from a musical family, and carved out a successful solo career at a young age. Carol Handley recalls this extraordinary talent.

Like many highly accomplished jazz players, bassist Charnett Moffett got a musical start pretty young in life. He began playing bass in the Moffett Family Jazz Band, led by his famous drummer father Charles. The four Moffett children were active in the group that toured the Far East in 1975 when Charnett was just eight years old.

In the '80s, Moffett performed and recorded with Wynton and Branford Marsalis, appearing on Branford’s debut, Scenes In The City and Wynton’s 1985 album Black Codes (From The Underground). His professional career was off to a great start also recording with bassist Stanley Clarke and drummer Tony Williams. During the '80s, Moffett also worked with guitarist Stanley Jordan, on his best-selling Blue Note debut, Magic Touch.

That work all led to signing to Blue Note Records himself, when he was just 20 years old for his debut as a leader and followed it with two more in the next four years on the Blue Note label.

Charnett Moffett's solo career continued to flourish. In 2008, Moffett signed with Motéma Music, and released The Art of Improvisation, emphasizing the swing and pulse for which Moffett had become known.

In 2017, to celebrate his 30th year as a recording artist, Moffett released his first live album. And invited a number of his longtime musical traveling partners like Pharoah Sanders, Stanley Jordan, Cyrus Chestnut, Jeff 'Tain' Watts, Victor Lewis and Mike Clarke to join. The title of the album, Music From Our Soul, speaks to the closeness he had with his collaborators. As if combined, that they had one musical soul.

In press materials for his 2021 album release New Love, Moffett was quoted as saying, “When you’re using the bass as a lead instrument — as a voice, to create melodies — and you have more space, the sound of the instrument can resonate more and be heard in a more complete way for its ‘new’ position.”

The most recent releases by the bassist were with his singer-guitarist-label founder wife, Jana Herzen. The two artists were musical and life partners since 2010.

Charnett Moffett died unexpectedly this year. He was 54 years old. 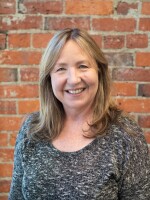