Originally installed in 1976 and stolen in 2020, the bronze Memorial Gates were designed by Northwest cultural icon and world-renowned artist George Tsutakawa for the Washington Park Arboretum. Refabricated by his son and artist Gerard Tsutakawa, a celebration for the gates reinstallation will be held on Wednesday, Sept. 14, and include jazz and Japanese musical instruments.

The artwork for the Memorial Gates was commissioned in 1971 by the University of Washington and the Arboretum Foundation as a symbol for all who cared for and supported the 230-acre park in Seattle’s Madrona neighborhood.

Seattle police arrested one man in connection to the theft, according to The Seattle Times. The thieves attempt to scrap the gates for the value of the bronze. One of the two gates was eventually recovered, though missing several pieces.

In 1976, the year the gates were installed, George Tsutakawa retired from the University of Washington department of art and architecture after 34 years. He died in 1997.

During his long career, he created paintings, prints, small sculpture, and wood carving, furniture, gates and fountains. He became known for his fusion of Asian, Native American, and modern abstract expressionist elements in his work. Among his fountains more than 70 were placed in public spaces in the U.S., Canada and Japan.

The Memorial Gates, often referred to as the “Tsutakawa Memorial Gates,” span 20 feet and incorporate abstract shapes suggesting seed pods, leaves and plants. The design remains unchanged as his son and sculptor Gerard Tsutakawa worked off the original sketches to fabricate the new gates.

The arboretum in Washington Park is a joint project of the University of Washington, Seattle Parks and Recreation and the nonprofit Arboretum Foundation. With one the north end on the shores of Lake Washington, Washington Park also includes a playfield and the Seattle Japanese Garden.

The Sept. 14 celebration starts at 3 pm and is free to attend. The event will include a ribbon cutting ceremony, food and music including taiko drumming and koto, a Japanese string instrument. Saxophonist Steve Griggs, whose Panama Hotel Jazz project used music to tell the story of Japanese and Japanese American incarceration in the 1940s, will also perform with an ensemble. 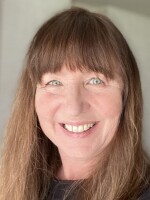