Seattle Pacific University’s Queen Anne campus sits relatively quiet, as students have packed their belongings and gone home for winter break. However, the campus remains littered with evidence of the ongoing movement led by students in support of LGBTQ+ students, staff, and faculty members.

Posters and signs hang in windows with statements like “SPU is not the Board'' and “We are with you.” The windows of faculty offices are decorated as well, with Progress Pride flags and other rainbow items for anyone who passes by to see.

For the past two years, there has been an ongoing ideological debate surrounding the school’s policy against hiring LGBTQ+ people and lifestyle expectations for employees of Seattle Pacific University. This has provoked three different lawsuits and an investigation by the Washington State attorney general.

Recently, there have been less visible protests, but students have continued to organize meetings and events to raise awareness and money for the legal fund for one of the lawsuits — Guillot, et al v. Whitehead, et al — against the Board of Trustees.

“Everyone deserves to be seen, heard, and valued,” said Ciarra Choe, a recent graduate of SPU and former executive vice president of the Associated Students of Seattle Pacific. “I feel like we are at a point where we can’t keep justifying not seeing, not valuing and not hearing people of diverse identities or experiences.”

According to the Employee Lifestyle Expectations published in June 2021, employees must refrain from “sexual behavior that is inconsistent with the University's understanding of Biblical standards, including cohabitation, extramarital sexual activity, and same-sex sexual activity.” Employees who don’t follow these standards may face termination.

Students must sign and abide by a set of expectations outlined in the Student Standards of Conduct. The eighth standard states that “sexual activity outside of a married relationship, and cohabitation between two persons in an amorous relationship who are not married to each other” are not allowed. The standards do not mention same-sex sexual activity.

Rinedahl v. Seattle Pacific University is an example of a conflict regarding the university's policies. At the beginning of 2021, Jéaux Rinedahl, an adjunct nursing professor, filed a lawsuit against the university alleging that his application to become a tenured associate nursing professor was rejected because he is gay. The complaint stated that he could continue working part-time at the university, but he was not eligible for a full-time position.

Seattle Pacific University settled the Rinedahl lawsuit without going to trial. The Board of Trustees at the university voted to confirm the Employee Lifestyle Expectations in May, despite opposition from students and faculty alike.

"A majority of the professors and staff want this policy changed."

In July, the Washington State attorney general confirmed that his office would be investigating Seattle Pacific University for potential illegal discrimination. As part of the investigation, the attorney general sent the university a letter with questions regarding complaints received about the administration’s policies.

In response, the university filed their own lawsuit against the state attorney general. That lawsuit was dismissed in October.

Throughout the lawsuits and investigations, the university has maintained the position that it has the religious freedom to have religious conduct standards for its employees under the First Amendment.

Pete Menjares, the interim president of Seattle Pacific University, did not respond to comment on the ongoing situation at the university. A press release from May outlines the official statement from the Board of Trustees regarding their decision on the Employee Lifestyle Expectations.

“While this decision brings complex and heart-felt reactions, the Board made a decision that it believed was most in line with the university’s mission and Statement of Faith and chose to have SPU remain in communion with its founding denomination, the Free Methodist Church USA, as a core part of its historical identity as a Christian university,” said SPU Board Chair Cedric Davis in the statement.

“The decision means SPU’s employee conduct expectations continue to reflect a traditional view on Biblical marriage and sexuality, as an expression of long-held church teaching and biblical interpretation.”

A more recent lawsuit, Guillot, et al v. Whitehead, et al, was filed by faculty as well as current and former students in September and is ongoing. The lawsuit alleges a breach of fiduciary duty, aiding and abetting breaches of fiduciary duty, negligent misrepresentation, intentional interference with contractual relationships, and fraud on behalf of five members of SPU’s Board of Trustees.

Organizing this lawsuit is one way students and faculty have come together to protest the decisions being made at SPU. It’s the latest tactic employed by LGBTQ+ supporters at the university, following years of student-organized protests and even sit-ins.

Choe, the recent graduate, has worked alongside other students and members of the Associated Students of Seattle Pacific to organize events and protests. Recently, on Instagram, students organized a Pathways Artist Raffle where anyone can buy tickets and be entered to win artwork from a local Seattle artist.

In the fall of 2021, over 4,000 students, faculty and staff participated in a "Voices of Campus" survey organized by the Associated Students of Seattle Pacific and the graduate psychology programs. The survey showed a large majority of those polled not in favor of the Employee Lifestyle Expectations and Employee Sexual Conduct Policy.

One question asked: "Should SPU have the ability to terminate faculty/staff or deny employment for the following behaviors?" Among the responses from faculty and staff members, 74% said "No."

Faculty members have contributed to the movement’s momentum by serving as faculty advisors for clubs, as well as being a part of faculty work groups and other organizations pushing for change at the school.

“This feels like the next step in SPU dealing with a full encounter with the 21st century for Christians,” said Patrick McDonald, a philosophy professor who has taught at SPU for almost 22 years. “If you’re going to continue to use this sacred text, you have to practice interpreting it in a way that is sensitive not only to its context but to what has changed.”

McDonald is a plaintiff in the ongoing lawsuit against some of the board of trustees and discussed how the Board’s decisions have been “demoralizing” as a professor.

He said he supports his students regardless of gender or sexuality. That support has evolved into helping with student-led rallies and protests, and regularly incorporating readings on human sexuality and theology into his curriculum.

“Everything that happened last year made it pretty clear to me that we need to make a stronger commitment in classes to really have some conversations about this,” McDonald said.

William Purcell, a communications professor and chair of communication and journalism at the university, also emphasized the importance of being a part of this movement

“I have tried to be involved more with the actual students that need support or need connection,” Purcell said. “This is not somebody else’s issue; this is your issue.”

Purcell has taught at SPU for the last 28 years and is approaching retirement. He was initially a plaintiff in the Guillot et al v. Whitehead et al lawsuit but has since had to drop out, citing a potential anti-SLAPP motion from the defendants and his proximity to retirement. Still, he closely echoed a sentiment of demoralization surrounding the board’s decisions.

“While I don’t disrespect the middle administration, I don’t necessarily respect them anymore either. It’s more a neutral attitude,” said Purcell. “And that’s kind of sad, to be in your last two years and be in a situation where you don’t feel like they’re responsible adults.”

Faculty have taken action to show the board how they feel by participating in a survey that showed 68% of surveyed staff and 75% of surveyed faculty object to the discriminatory hiring policy confirmed by the board. This resulted in a vote and statement of no confidence from the faculty.

The survey is noted in a timeline from Affirm, a group of staff, faculty, students and alumni who are working to fight the culture and policies against the LGBTQ+ community at SPU. One of the group’s founders is Emily Huff, a professor in the School of Education and Director of Field Placements at SPU.

“Part of the mission behind it is we are really trying to actively work towards a fully inclusive and reconciled community at SPU,” Huff said. “Also just being able to name the institutional legacy of harm that has silenced and oppressed diverse voices, including those in the LGBTQ+ community.”

Huff underscored the value in affirming students who have been struggling with the statements from the board, as well as student organizers who have been advocating for change.

“Just saying to them, I see you, and you are doing incredible work,” Huff said. “Wanting to be that voice of affirmation to let people feel seen and heard.”

The far-reaching effects of the Board's decision

Kevin Neuhouser, a sociology professor and co-chair of the sociology department, has been working at SPU for 26 years. He is the faculty advisor for Haven, a club started in 2007 as a Gay-Straight Alliance.

Haven was initially denied club status by SPU administration before gaining that status in 2013 — six years after its founding. Neuhouser works closely with Haven leaders to plan events as well as mediating between the club, faculty, and administration.

Throughout his time teaching, Neuhouser said he has emphasized the importance of affirming students and making sure they get the representation they deserve.

“One of the things we’ve talked about as faculty is if we can’t hire queer faculty so that those voices are present in the classroom as professors, then we can sort of queer the curriculum by making sure that queer issues are in classes, that queer voices are a part of the readings we do, and are a part of discussions in other ways,” Neuhouser said.

He also talked about the far-reaching effects that the Board’s decisions have had on the school; such as negatively affecting enrollment, making students question if going to the school is the right choice, and some organizations reconsidering their partnerships with the school.

“This past summer I was talking to a student who had been accepted by SPU and who had been excited to go to SPU,” Neuhouser said. “And his first question to me was ‘if I get a diploma from SPU will anyone in Seattle hire me because of SPU’s stance right now?’ There definitely is that fear and I think that it does affect our enrollment.”

In spite of the discouraging messaging from the Board of Trustees and the tense climate at the school, Neuhouser said that this has brought the community of SPU together.

“In some ways, it’s almost as if this has galvanized the community,” Neuhouser said. “Faculty, staff, and students have over the past two years have worked together more closely than in the past. There’s almost a positive feeling around that, we do have each other’s backs.” 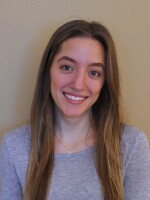 Sidney Aspinall
Sidney Aspinall is a student at the University of Washington, graduating in 2023 with a B.A. in Journalism and Public Interest Communication. She has spent her whole life living in the greater Seattle area, and enjoys exploring a wide variety of topics, with a focus on local stories.
See stories by Sidney Aspinall