Are you living on a garbage dump?

What exactly do our houses sit on? Seattle area real estate appraiser and educator Richard Hagar tells KPLU's John Hagar that it's not uncommon for office buildings and homes to be built on former garbage dumps.

Seattle's Interbay Golf Center is a good example of a city dump that's been covered up to create a thriving recreational business. Richard Hagar says he remembers loading up his family's truck with grass clippings and garbage and driving to Interbay and dumping it there.

Hagar says there are also residential areas in and around Seattle that are built on top of former dumps, including neighborhoods along Interstate 5 and the western slope of Capitol Hill.

So Maynard wants to know, why is it necessarily a bad thing to be living on top of a land fill? So what if your home sits on top of buried milk cartons and beer bottles? Hagar says, if you're lucky, nothing happens but that's not always the case.

"The garbage could be 100-200 feet thick with garbage with just a little clay layer over the top. It could be fairly organic and already dissolved out but people also throw away car batteries and paint solvents and those things can burp gas."

Municipal laws here now require full disclosure of former dump sites but for residential homes built before the 1960's that wasn't the case.

Hagar says if you're interested in buying a home, it's important to look up the history of the lot it sits on. And maybe it's not a bad idea to find out about that park close to the home of your dreams. Your real estate agent can also do some research for you. There are a number of sites online with useful information along these lines including a King County site that lists out closed solid waste facilities and a city parks blog that looks at how dumps get converted into parks. 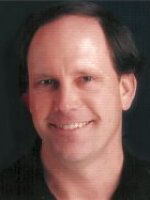