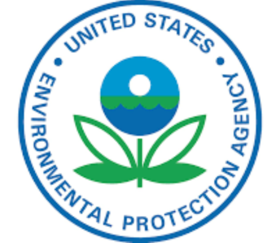 These manufacturers were told that by 2020 they would have to sell off older models of stoves and heaters that did not meet the new standards that limit fine particulate matter. Now, under the Trump administration, the EPA is proposing a two-year delay to that sell-by deadline.

“Recently, some manufacturers have indicated that they need more time to develop, test, and certify wood heating devices that meet the [new] standard,” wrote the EPA in an announcement of its proposal in the Federal Register. The agency says manufacturers have said “the costs of… compliance are beyond what the industry can bear.”

Those opposed to the delay argue it prolongs particulate matter emissions and public exposure to poor air quality. One of those opponents is Oregon’s Director of Environmental Quality, Richard Whitman.

In a 12-page letter submitted to the EPA, Whitman said Oregon DEQ finds a “serious lack of attention to the disproportionate impact of [the] proposed rule change on low income communities, children’s health, and Native American tribes.”

The EPA says it’s trying to relieve the burden on manufacturers who may lose money on non-complying stoves that don’t sell. In his letter, Whitman called the EPA’s rulemaking “ill-conceived” and he said the agency’s analysis of impacts was “deeply flawed.”

Washington’s Department of Ecology did not submit comments independently, but the state did sign on to those submitted by the Western States Air Resources Council and the National Association of Clean Air Agencies.

Attorneys General from both Oregon and Washington have joined those from five other states to submit comments to the EPA. They all say the proposal is unlawful under the federal Clean Air Act.

The EPA is taking comments on the proposal through Feb. 13.