Methow Valley business owners are celebrating a relatively normal opening of the North Cascades Highway. The highway brings tourists and tourism dollars into the north central part of the state.

Last year, the highway opened a week later and closed early in the fall. That had a critical impact on the local economy.

The North Cascades Highway is known for black ice, rockslides and avalanches. But the treacherous, yet scenic route shortens the drive time for visitors coming from Seattle, Bellingham and even Canada.

“Our reservations just take off like crazy,” said Brian Charlton, general manager of the Sun Mountain Lodge outside Winthrop.

Charlton had to hire another employee to man the phones once the Washington state Department of Transportation announced this year’s opening.

“We probably lose a minimum of 25 rooms a day when it’s not open,” Charlton said. The lodge has 112 rooms.

Tourists coming over the highway also flock to Leavenworth and Wenatchee.  Last year, the highway saw the latest opening since 2011 and one of the earliest closures in 15 years. 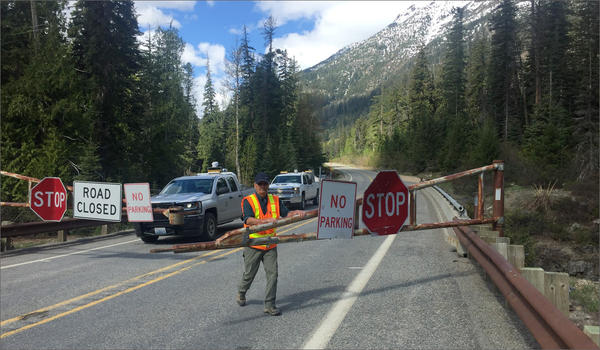