A number of rivers in north central and eastern Washington are in imminent danger of flooding. That’s because spring temperatures have soared into the upper 80s and Canada’s near record snowpack is melting fast.

Flooding hasn’t been this bad in the Okanogan Valley since 1972. This week, forecasters say, it could get close to breaking that record.

“You know we have some sewer systems and infrastructure that affects the day to day livelihood of folks and basically, we are on track to prevent all that from happening,” he said. 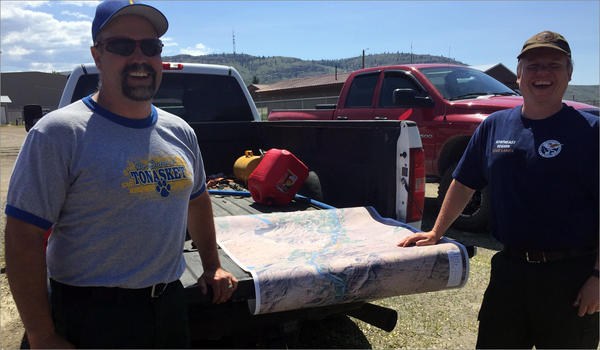 Emergency crews are out counting exactly how many homes and businesses in the Okanogan River Valley could be affected by flood waters.

Meanwhile, volunteers joined emergency crews Monday in the city of Tonasket to prepare.

“We are covering the Tonasket area this rotation, so on our down time, we are just trying to help the community we serve,” said volunteer Erica Vassar, who works with Lifeline Ambulance.

Alongside Vassar were a Conservation Corps crew with the Department of Ecology and a group of teenage boys who convinced their parents to let them skip school. The Washington State Department of Corrections brought 10 inmates from the Airway Heights Correctional Center outside Spokane to help fill sandbags along banks of the Okanogan River. By mid-morning, supervisors said another 20 inmates were on their way.

The goal is to have at least 25,000 more on standby for residents who may need to protect their homes and property as the river rises. 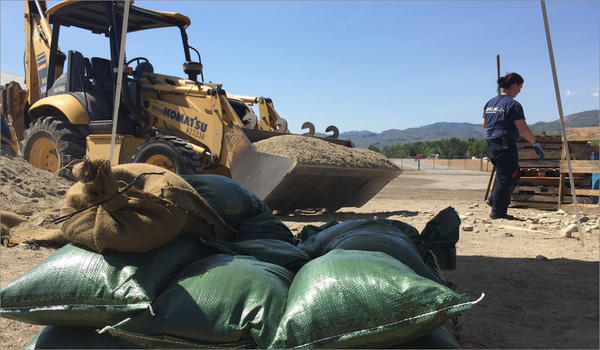 Normally, Green is in the hills this time of year, working to fireproof her property.

“I need to work on my place to keep the brush down for fire, and fire is not far behind us,” she said.

In 2015, the largest fire in Washington state history ripped through the Okanogan Valley. More than 300,000 acres burned in the sagebrush covered highlands and the fire killed three people.

“I need to work on my place to keep the brush down for fire and fire is not far behind us.”

High water is a little ironic in a fire-prone valley. This month, there’s just too much of it. But when fire season hits later this summer, there might not be enough.

“In this case, you can plan a little bit for it, if you can plan ahead while it’s still rising,” said Sam Steinshouer. He normally works in Forestry for Washington’s Department of Natural Resources., but he’s been dispatched to address the rising flood water with a Type-3 Incident Management team.

“It’s different in fire in the sense that you don’t have a whole lot of time to prepare for fire”, he said.

Emergency responders and crews have a few days to prepare. Forecasters with the National Weather Service in Fairbanks expect floodwaters to start rising again by Wednesday and through the end of the week.