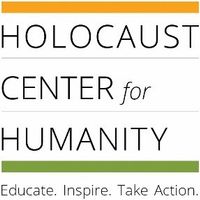 Never again? We know the power of education. Join the Holocaust Center's Ambassadors for Change as we watch the documentary Faces of Genocide and learn from past injustice, confront present intolerance, and imagine a new future. Faces of Genocide is a unique short documentary film that features interviews with survivors of genocides from the 20th century to now—from the Armenian genocide to the current Rohingya ethnic cleansing in Myanmar. The film streaming will be followed by an engaging panel discussion with three local survivors of genocide: Bosnian survivor, Vahidin Memic; Cambodian survivor, Sam Yi; and Holocaust survivor, Peter Metzelaar. Together, we will learn the importance of taking action, not being a bystander, and demanding change.